Tesla is laying off 229 data annotation employees who are part of the company’s large Autopilot team and closing the San Mateo, Calif., office where they worked, according to a California regulatory filing. The self-driving technology company headquartered in Pittsburgh.

In an article published earlier this month, we previously reported that nearly 200 employees were laid off. The WARN ACT requires employers who make mass layoffs to post a 60-day notice to affected workers. Most of the workers affected by the layoffs worked in low-wage, low-skilled jobs, such as Autopilot data labeling, which determines whether Tesla’s algorithm correctly or incorrectly identified an object, according to a source. 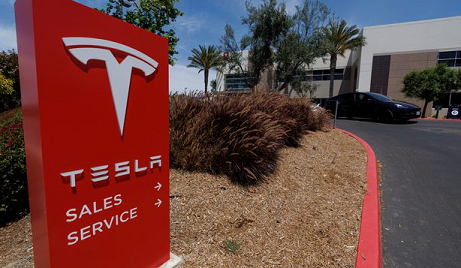 The layoffs are part of a 10% workforce reduction announced last month by Tesla CEO Elon Musk. In his job postings, Tesla said labeled data was a critical component for training powerful deep neural networks, which help drive Tesla vehicles autonomously. Employees in Buffalo, New York, and San Mateo spent hours labeling images of cars and the environment in which they travel, such as traffic signs and lanes.

It should be noted that mass layoffs are not an unusual practice for Musk and Tesla. The company cut hundreds of workers in October 2017, 9% of staff in June 2018 and about 7% in January 2019, then cut wages and furloughed employees in April 2020. Musk recently emailed company-wide claiming that, for workers who did not report to the office (unless they have permission to continue working from home), we will consider you to have quit.

Two former employees, however, have filed a lawsuit against the company, claiming that Tesla violated federal law by failing to give 60 days notice before proceeding with a mass layoff at its Gigafactory plant in Nevada. In San Mateo’s layoffs report, reportedly mentioned that most workers were terminated based on their performance – meaning Tesla wouldn’t be required to give notice of layoffs.

Last month, invoices and other documents showed that Tesla paid MWW PR to monitor a Facebook group of Tesla employees and to research the organizers specifically on social media in 2017 and 2018. Two things that MWW PR was watching closely for Tesla were social media discussions alleging unfair labor practices at Tesla, and discussions relating to a sexual harassment lawsuit, according to documents describing their work. Current and former Tesla employees said they believe the company is still monitoring workers on social media and shared copies of the company’s current communications policy.

In 2017 and 2018, as some workers sought to form a union at the Tesla factory in Fremont, California, Elon Musk’s electric vehicle company paid a consulting firm, MWW PR, to monitor employees in a Facebook group. and more broadly on social networks, according to invoices and other documents examined by the media. Two things that MWW PR watched closely were discussions alleging unfair labor practices at Tesla and a sexual harassment lawsuit, according to documents describing their work.

Argo AI is an autonomous driving technology company headquartered in Pittsburgh, Pennsylvania. The company was co-founded in 2016 by Bryan Salesky and Peter Rander, veterans of Google and Uber’s automated driving programs. It is now supported by Ford and Volkswagen. Argo AI has laid off around 150 employees, as reported by Bloomberg and the Wall Street Journal. The move is meant to compensate for a period of rapid growth, during which the company hired more employees than needed.

With incredible growth and progress being made in our mission to deploy driverless vehicles, we are making careful adjustments to our business plan to better continue on the path to success,” Argo AI said. As the WSJ noted, the layoffs represent about 6% of the Pittsburgh-based company’s 2,000-person team.

Argo AI was founded in 2016 by Bryan Salesky, Google’s former head of autonomous vehicle (AV) hardware development, and Peter Rander, who was previously head of engineering for Uber’s self-driving arm. . Ford injected $1 billion into the company in 2017, and Volkswagen followed with a $2.6 billion investment in 2020. Argo is a critical partner in our self-driving service, and we will continue to support them and work together on the development of self-driving technology that will power our self-driving service,” Ford spokesman Bradley Carroll said in a statement.

This financing allowed the company to develop its AV activity in several American cities as well as abroad. Argo AI is currently testing fully autonomous vehicles in Miami and Austin and plans to partner with Lyft in both cities. It is also partnering with Walmart to roll out a driverless delivery service in Miami, Austin and Washington, DC, and is working towards its goal of launching an automated ride-sharing service with Volkswagen in Germany by 2025.

Are you surprised by these layoffs at Tesla?

How do you think Tesla’s autopilot will improve if Musk fires the team?

Have you ever witnessed this or do you know of workers who have been laid off?

your opinion, do you think the competition in this sector will benefit?

Tesla lays off hundreds of Autopilot workers as part of workforce reduction, CEO Musk says 10% of salaried workers will lose their jobs

Mercedes-Benz announces Level 3 autonomous driving option is ready for implementation, Drive Pilot will cost 5,000 euros on the S-Class and 7,430 euros on the EQS in Germany